Since only Irish Examiner covered the event, the following is our best attempt to do so from the inside in the most suitable way. 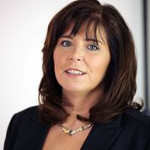 Awareness on the P2F issue is growing in the European Parliament following the growing success of our petition and the latest events (ECA Conference on Atypical Work, hearing at the Transport Commitee, personal contacts with members of the European parliament).

German MEP Ms Jutta Steinruck has been present in many of these events and made several interventions pleading for the end of abusive employment practices in aviation, highlighting P2F in particular.
We have learned that she has now put a written parliamentary question to the Commission, co-signed with other MEPs.

During the EP meeting, in order, intervened among the expert speakers:

More than voicing concerns, our stakeholder representatives issued solutions and alternatives, which should be praised and looked at very carefully (apprenticeship instead of p2f?).
Together with the recent Danish report on “social dumping & rule shopping in aviation” where, quote:

“The EASA has also, following a Danish submission and at the request of the European Commission, initiated an analysis of the possible impact of the new business and employment models on aviation safety”._page 7

Brookfield – “Would you work for free?”