This one is for the record. Received today 4th of february, a no_reply@youtube.com copyright infringement notice dropped in our mailbox, where a NY based entity named “Believe Entertainment” claimed ownership of some of the material included in the French National public TV program on “pay to fly”. 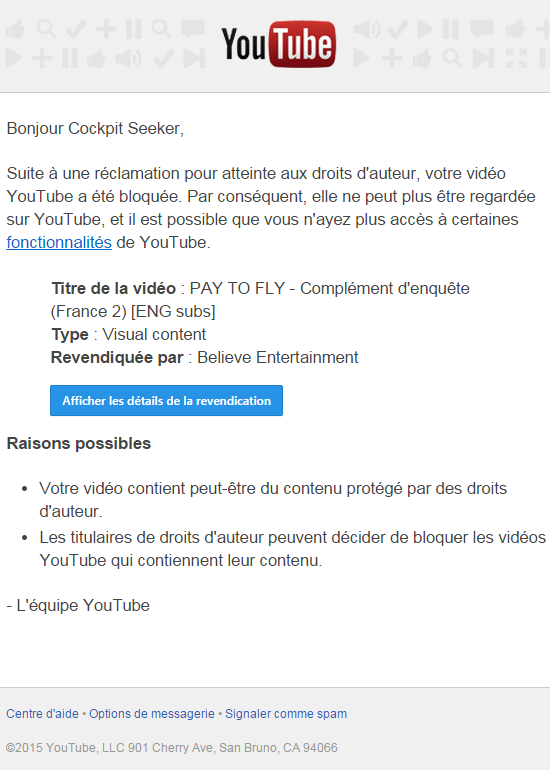 This injunction triggered the unavailability of said TV report on youtube, for both cockpitseeker and Stop “Pay to Fly” that also uploaded the video.

Restriction should be lifted this march 6th 2015