Conveniently flying under most radars (in this time of holidays), this 3rd of December, an amendment to Regulation (EU) No 1178/2011 was drafted by DG MOVE Petrova Irina (on behalf of the Commission) and fast-tracked to vote today by Member States within the ‘EASA Committee’.
If approved, part of it could be detrimental to the job market as follows.

Adopted in 2006, Multicrew Pilot Licence (MPL) credit could be given to now-retired Lufthansa’s (LH) Capt. Dieter Harms notably, known as the “father of the MPL“.
Aimed at answering inhouse airline-oriented pilot needs, as of nov. 2012, Capt. Harms assessed: 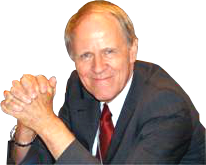 “Be assured, MPL will continuously grow.
The recovery from the current crisis will augment this trend, provided that the international airline training and regulating community is able to facilitate a globally harmonised and standardised implementation.”_source

Comes today, LH got more “MPL growth” than they bargained for, unwilling to process or complete its 800 MPL pilots conversion course from its training school (both ATO and what was formerly known as TRTO) with no recovery in sight.

EASA to the rescue

First, lest we forget, MPL programs are at pilots’ expense.
Air Arabia case in point, pilots fund their training like regular ATPL… except for €142,5k including TR to which is added a €27,5k LT (Line Training – p2f here) “security” cheque given back upon successful completion, tantamount to a down payment refunded with equivalent provided labour (the airline would reimburse only the netted sum hadn’t a pilot finished LT).
As far back as 2008, the AAIB itself suggested something was off since “training organisation[s] pa[y] the airline[s] for [their] involvement in the training, enabling [them] to generate revenue through their training department” (incident report we shall detail another time).

A thorough look at the amendment draft and annex reveals:

MPLs were built on the link between pilots and operators, giving tacit guarantee to the former they would later join the latter. That “restriction” will be waived. Even though:

…pilots will foot the bill again, not working for the airline they paid and having to complete (fund?) the conversion course from whatever other operator will accept them at their discretion. Worst :

Under the pretense of helping the few (stranded pilots) at the expense of the many (future MPLs and pilots at large), the EASA proposed to pervert regulation to ease operators’ accountability while feeding pilots’ job insecurity. Glad no one noticed… yet.

From the inside: CEO perspective